Dehouse 1 is constructed around mobile pieces of heavy urban fabric which functionality has been removed by destruction but its new form provides a foundation for new construction system that creates a vibrant civic space for a transformed society. Its spatial logic comes from processes of surveying the heavy elements and matching their ability to serve as furniture, structural support, spatial division or facade with light structures which form enclosures, organised spatial layout and circulation. 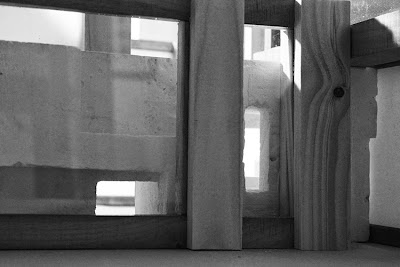 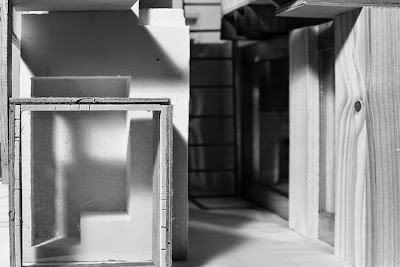 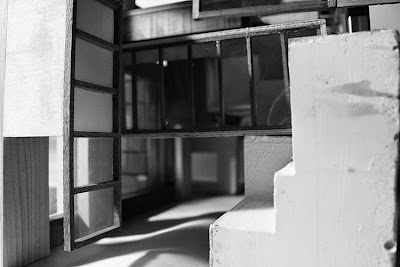 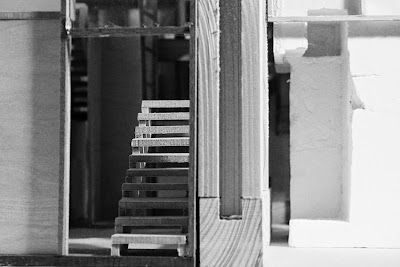